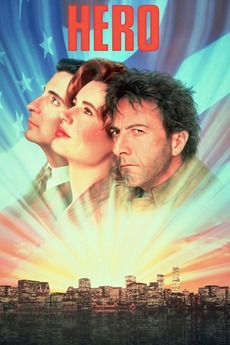 We're all heroes if you catch us at the right moment. Even Bernie Laplante.

Bernie Laplante is having a rough time. He's divorced, his ex-wife hates him and has custody of their son, the cops are setting a trap for him, then to top it all, he loses a shoe whilst rescuing passengers of a crashed jet. Being a thief who is down on his luck, Bernie takes advantage of the crash, but then someone else claims credit for the rescue.

Accidental Hero, Hero and a Half