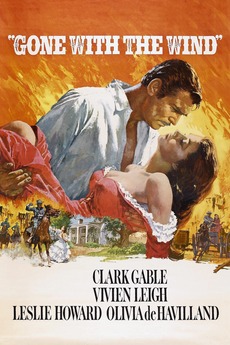 Gone with the Wind
JustWatch

Gone with the Wind

The greatest romance of all time!

The spoiled daughter of a well-to-do plantation owner is forced to use every means at her disposal to claw her way out of poverty, following Maj. Gen. William Sherman's destructive "March to the Sea,” during the American Civil War.