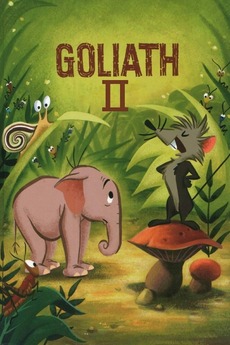 Goliath II is a 6-inch-tall elephant (son of the huge Goliath). He's a big disappointment to his father, but mom is proud of Goliath II anyway. Goliath II is constantly getting into trouble because he's so small. In particular, the tiger Raja looks for every opportunity to try a bite-size taste of elephant. After one incident where he ran away and his mother scolded him, he runs away. After he's rescued, the rest of the elephants are terrified of a mouse, but Goliath II stands his ground.

Movie references in The Simpsons

A list of every film referenced, mentioned or spoofed in The Simpsons.

It includes narrative films, documentaries and shorts but…