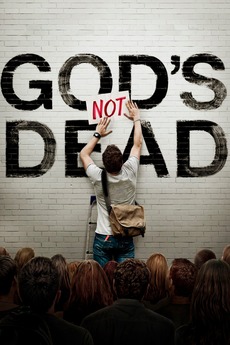 What do you believe?

After he refuses to disavow his faith, a devout Christian student must prove the existence of God or else his college philosophy professor will fail him.