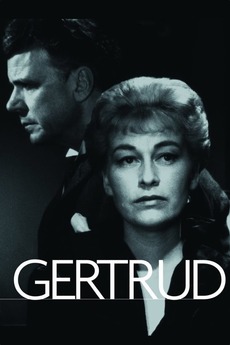 Hopeless romantic Gertrud inhabits a turn-of-the-century milieu of artists and musicians, where she pursues an idealized notion of love that will always elude her. She abandons her distinguished husband and embraces an affair with a young concert pianist, who falls short of her desire for lasting affection. When an old lover returns to her life, fresh disappointments follow, and Gertrud must try to come to terms with reality.