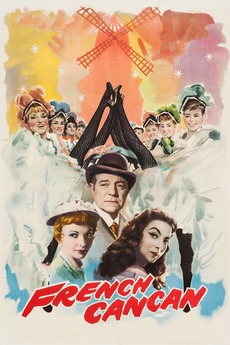 Nineteenth-century Paris comes vibrantly alive in Jean Renoir’s exhilarating tale of the opening of the world-renowned Moulin Rouge. Jean Gabin plays the wily impresario Danglard, who makes the cancan all the rage while juggling the love of two beautiful women—an Egyptian belly-dancer and a naive working girl turned cancan star.

French Can Can, Only the French Can, French Can-Can, 프렌치 캉캉