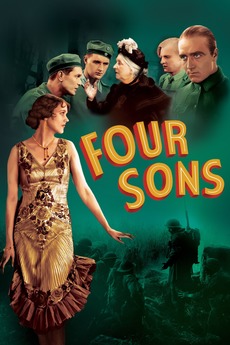 BIG AS THE HEART OF HUMANITY!

A family saga in which three of a Bavarian widow's sons go to war for Germany and the fourth goes to America, Germany's eventual opponent.

Confession: This was originally going to be a complete listing of Nathaniel Hood's Forgotten Classics Of Yesteryear, the amazingly underrated…

Silent Era, probably the most important silent film site on the internet, has a long-running poll to find the best…

So I ran out of John Ford films I had access to, it had to happen some time.

Ah, the first world war. Greatly overshadowed by its sequel in quantity but still the subject of great movies. Same…

The films have been selected from various sources and opinions, most notably from Silent Era, Fritzi from Movies Silently, Lea…