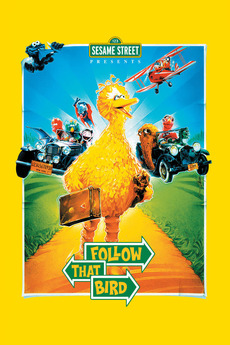 It's Big Adventure! It's Big Laughs! It's Big Bird on the Big Screen!

Big Bird is sent to live far from Sesame Street by a pesky social worker. Unhappy, Big Bird runs away from his foster home, prompting the rest of the Sesame Street gang to go on a cross-country journey to find him.

Very much in progress :)

Nevermind A Remake Here's The Original

antecedent and archetypes...if you contest that even one of these is a "remake" itself and there's some earlier example by…

feel-good films to watch when you’re depressed, lonely, or have a general feeling of worthlessness

Quentin Tarantino - love him or hate him. I’m an addicted fan and this ultimate watchlist is for all other…