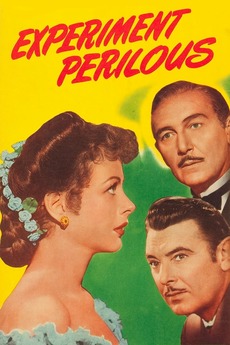 Who's in danger from whom? Who's crazy? Who can fathom the obscure motivations?

In 1903, Doctor Huntington Bailey meets a friendly older lady during a train trip. She tells him that she is going to visit her brother Nick and his lovely young wife Allida. Once in New York, Bailey hears that his train companion suddenly died. Shortly afterward, he meets the strange couple and gets suspicious of Nick's treatment of his wife.

Bill Georgaris of TSPDT has finally decided to start updating his film noir page. This means the old version of…

Consider this list to be a bucket list of streamable films that I'm most embarrassed of having not seen. This…

This list compiles the films from this Wikipedia page and should…