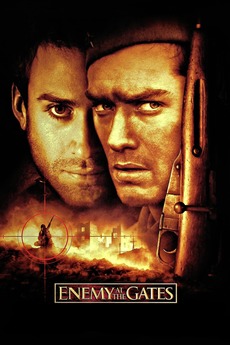 Enemy at the Gates

Some Men Are Born To Be Heroes.

A Russian and a German sniper play a game of cat-and-mouse during the Battle of Stalingrad in WWII.