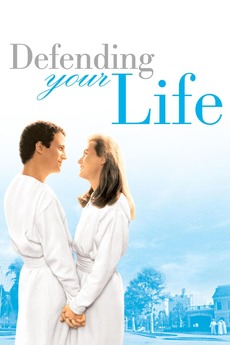 The first true story of what happens after you die.

In an afterlife resembling the present-day US, people must prove their worth by showing in court how they have demonstrated courage.