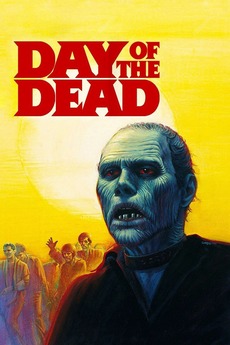 Day of the Dead
JustWatch

Day of the Dead

The darkest day of horror the world has ever known.

Trapped in a missile silo, a small team of scientists, civilians and trigger-happy soldiers battle desperately to ensure the survival of the human race. However, the tension inside the base is reaching a breaking point, and the zombies are gathering outside.