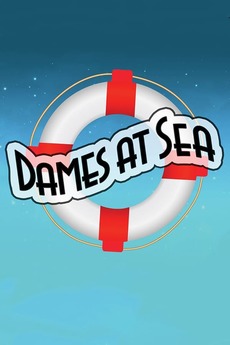 Dames at Sea is a musical with book and lyrics by George Haimsohn and Robin Miller and music by Jim Wise. The musical is a parody of large, flashy 1930s Busby Berkeley-style movie musicals in which a chorus girl, newly arrived off the bus from the Midwest to New York City, steps into a role on Broadway and becomes a star. It originally played Off-Off-Broadway in 1966 at the Caffe Cino and then played Off-Broadway, starring newcomer Bernadette Peters, beginning in 1968 for a successful run. The television version was broadcast on the Bell System Family Theater on NBC on November 15, 1971. The cast had extra chorus girls and boys, and there were full production numbers, turning into the very thing it was spoofing. Ann Miller was singled out for praise, especially when "she was allowed to tap out her brassy...temperamental star..."