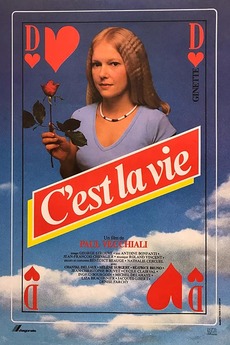 Ginette is at phone with the famous Rachah Rangers, who hosts a daily radio program. She talks about her break with Richard, her various relationship problems, her desires, fears and reproaches. Her friend, Simone Barbes, advised her to live, urgently, a new relationship ...

Films produced by or associated with Diagonale, Paul Vecchiali's production house, which Serge Bozon called the last major school after…

At the rate I've been going, assuming theaters don't reopen, these should last me for at least the next six…