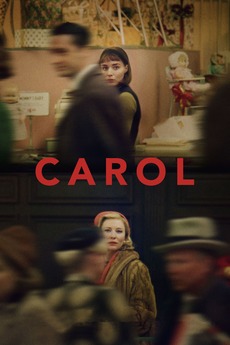 Some people change your life forever.

In 1950s New York, a department-store clerk who dreams of a better life falls for an older, married woman.

no "why isn't this movie here" please, I am a critic specializing in lesbian feminist film I can promise you…

Inspired by a Twitter thread from Isabel Sandoval, here's a few recent films that come as an antithesis to the…