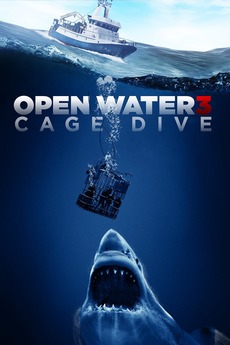 First you find the sharks. Then they find you.

Three friends from California are filming an audition tape for an extreme reality game show. They document their journey to Australia where they will be doing their most dangerous activity.... Shark Cage Diving. A catastrophic turn of events leaves them in baited water full of Great White Sharks, turning their recording into a blood chilling diary of survival... and death.