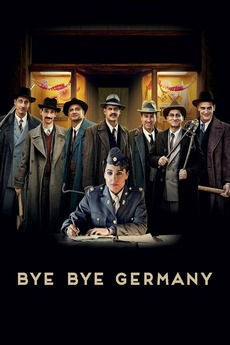 David Berman and his friends, all Holocaust survivors, have only one purpose: to go to America as soon as possible. For this they need money. Close to his aim, David is not only deprived of his savings but also overtaken by his shady past.