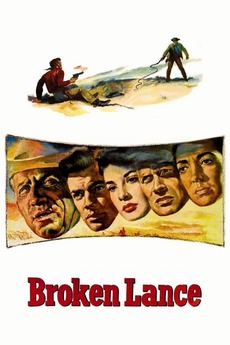 Fury of the West's Most Lawless Feud!

Cattle baron Matt Devereaux raids a copper smelter that is polluting his water, then divides his property among his sons. Son Joe takes responsibility for the raid and gets three years in prison. Matt dies from a stroke partly caused by his rebellious sons and when Joe gets out he plans revenge.