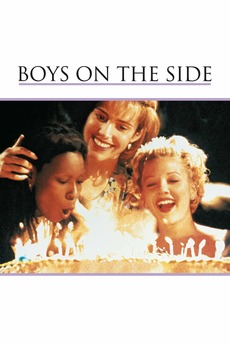 Boys on the Side
JustWatch

Boys on the Side

A motion picture that celebrates the art of survival, the gift of laughter and the miracle of friendship.

After breaking up with her girlfriend, a nightclub singer, Jane, answers a personal ad from Robin, a real estate agent with AIDS, seeking a cross-country travel partner. On their journey from New York City to Los Angeles, the two stop by Pittsburgh to pick up Robin's friend Holly, who is trying to escape an abusive relationship. With three distinct personalities, the women must overcome their differences to help one another.

Films featured in The Celluloid Closet

The Celluloid Closet is a 1996 American documentary film directed and written by Rob Epstein and Jeffrey Friedman. The film…