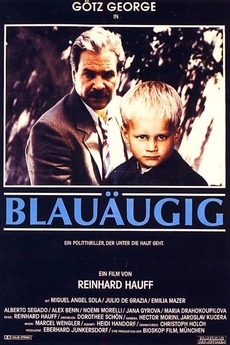 In this suspense story, the main character, Johann Neudorff (Gotz George), immigrated to Argentina from Germany after World War Two, and has become a successful businessman there. He is unconcerned with the nature of the government there, which at the time of this film (1978) is a military dictatorship. His comfortable existence is disrupted when he discovers that his beloved daughter Laura (Emilia Mazer) has become the lover of a political activist (Miguel Angel Sola) who is on the military's hit list. When his daughter is kidnapped, Johann attempts to use his government connections to free both her and her lover. However, his son Alfredo (Alex Benn) undermines his efforts, and Johann himself is incarcerated in a military prison, but not before he discovers that his daughter and her lover are both dead, killed by the regime.

📇My Prerogative: A List of Films That I've Personally (and Lovingly) Added to TMDb/Letterboxd

The prize was introduced in 1949 as the Golden Lion of Saint Mark. In 1954, was permanently named Golden Lion.…

A compilation of all* films selected for competition at the Venice Film Festival, from its inception until the present.**