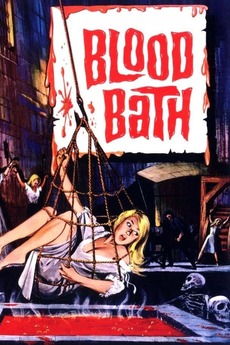 The shrieking of mutilated victims caged in a black pit of horror!

A painter of morbid art, who becomes a murderous vampire by night and kills young women, attempts a daytime relationship with a woman who resembles a former love and is also the sister of one of his victims.

Horror Cocktail, Track of the Vampire