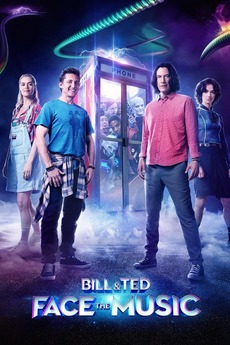 Yet to fulfill their rock and roll destiny, the now middle-aged best friends Bill and Ted set out on a new adventure when a visitor from the future warns them that only their song can save life as we know it. Along the way, they are helped by their daughters, a new batch of historical figures and a few music legends—to seek the song that will set their world right and bring harmony to the universe.

All the films watched by Edgar Wright since the start of Lockdown (March 2020) as shared with Total Film magazine.…

List constantly being updated. Yet to be added: Life of Chuck, Shell , Swan Song , State of Consciousness, Sacramento,…

Published as part of our 2020 Year in Review.

All The Feature Films That Steven Soderbergh Watched In 2020

All the feature films that Steven Soderbergh watched in 2020, roughly sorted by watch date. Multiple viewings are noted in…

Ranking every film, documentary, short film, mini-series released in my zip code in 2020 from best to worst. This list…