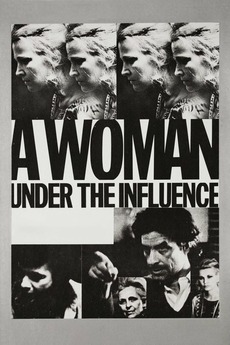 A Woman Under the Influence

Mabel Longhetti, desperate and lonely, is married to a Los Angeles municipal construction worker, Nick. Increasingly unstable, especially in the company of others, she craves happiness, but her extremely volatile behavior convinces Nick that she poses a danger to their family and decides to commit her to an institution for six months. Alone with a trio of kids to raise on his own, he awaits her return, which holds more than a few surprises.