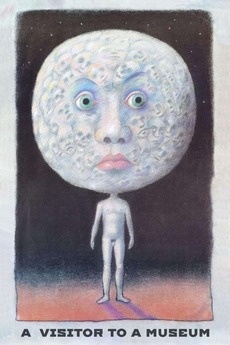 A Visitor to a Museum

It is the future, the world is in ruins and a large portion of the population consists of deformed mutants living in reservations. In this world a man decides to spend his vacation visiting the ruins of a museum that is now buried under the sea.