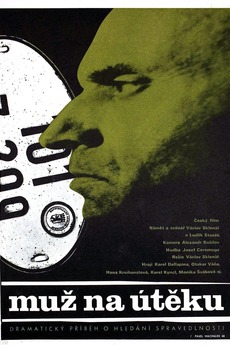 A Man on the Run
JustWatch

A Man on the Run

More than twenty years after the Second World War, a mining engineer named Fischer is revealed as a former member of the Gestapo, Karel Kraus. He is sentenced for murder to eight years in prison and now works with other prisoners on the renovation of the Convent of St Agnes of Bohemia in Prague. Then a car with a foreign registration begins to park regularly close to the construction site. Its crew, a man and a woman, contact the construction foreman, who probably would not reject a bribe offer to perform some service. The prisoner Bicík is appointed to work with Kraus; Bicík gives him a message from Kraus' brother Bert, who lives abroad, that he wants to help him escape.

A Man Who Lies