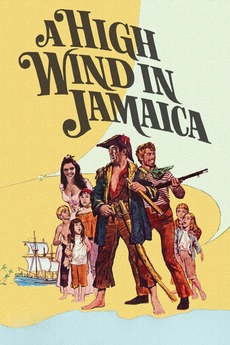 A High Wind in Jamaica
JustWatch

A High Wind in Jamaica

Piracy and High Adventure on the High Seas!

In 1870, a Jamaican colonial family sends its children to Britain for proper schooling, but their ship is taken over by pirates, who become fond of the kids.

The Empire Film Podcast - A Celebration of Cinema: Edgar Wright and Quentin Tarantino in Conversation

Every movie mentioned (or in some cases just alluded to) in the Empire podcast discussion between Edgar Wright, Quentin Tarantino…

Quentin Tarantino's Favorite films according to MUBI. How many have you seen? Ranges from 1928 to 2017 mubi.com/lists/quentin-tarantinos-favorite-movies