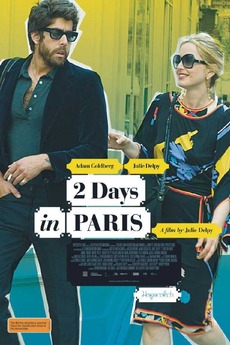 He knew Paris was for lovers, he just didn't think they were all hers.

Adam Goldberg delivers "an uproarious study in transatlantic culture panic" as Jack, an anxious, hypochondriac-prone New Yorker vacationing throughout Europe with his breezy, free-spirited Parisian girlfriend, Marion. But when they make a two-day stop in Marion's hometown, the couple's romantic trip takes a turn as Jack is exposed to Marion's sexually perverse and emotionally unstable family.

for women's history month, i decided to compile a list of 250* essential female filmmakers. i decided on these 250…

dialogue driven films characterized by long conversations between two characters sharing a moment together. bonus points if they're accompanied by…