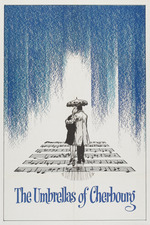 I don't know when was the last time I rewatched a particular film as quickly as this one; in this case, 4 days since I saw it for the first time.

There has been no other film that I can think of that emotionally impacted me as much as this film did the first time around. So, I wanted to revisit it to see if that same emotional impact would still be present on a second watch, therefore entailing what future revisits may be like.

In general though, does it still hold up as this amazing experience that I remember it as? Yes. Very much so.

I have to commend the fact that this film combines two particular styles that should theoretically not work well together, melancholic tones, and the excitement of its musical aesthetic. But is it exciting? Certainly in several moments. Is it melancholic? Absolutely, painfully so at points. It's almost like its melancholic nature is layered unto its spectacle-like narrative. For some reason, I'm thinking these kinds of juxtaposing ideas should not work in this kind of dramatic tale, but it really does. So much so, it begins to affect me emotionally, I think more so than if it were to be a simple narrative film.

It's the fact that it has so much style infused into its filmmaking that contributes to my overall emotional commitment to the story and its characters. It feels fresh in its presentation, while also giving some magnificent characters for the audience to fall in love with. A film like this could risk not having enough integral nuanced ideas fleshed out in these characters, leaving the audience to be detached. So it is wonderful to see enough in these characters for me as an audience member to stay engaged with their interactions and overall development from beginning to end.

But back to its style though; I kind of drifted away from that there. This doesn't just feel like a homage to Hollywood style musicals, it also adds a new flair to this kind of genre. A very intimate melancholic musical tale filled with Demy's trademarked style of filmmaking. I think I see why some French New Wave directors like Godard don't appreciate these kinds of films from Demy, given that it nearly borders on glorifying what the Wave was meant to separate itself from.

That doesn't matter though. Because the result of all of this is a incredibly well made and fantastical work of filmmaking wonderment that succeeds in engaging me throughout, while challenging my emotions through several moments. It could almost be looked at as manipulative, but Demy doesn't rely on superficially manipulating his audience, instead, he simply lets the story speak for itself without any need for artificial manipulative tactics. Unlike another director who made a particular film with this kind of style decades later...

It's absolutely incredible to watch. I'm bound to consider it the most emotionally impacting experience I've ever had with any particular film. An absolute masterpiece!