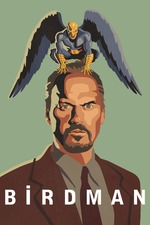 In 1962, a masterful short film called An Occurrence at Owl Creek Bridge explored the extent to which our personal fantasies in critical moments of our life can shape our vision of the world and can awaken our sense of gratitude towards aspects of life in spite of its facets of ugliness. It was a marvelous adventure that never really happened, unless you attribute more importance to the state of the heart and/or of the mind rather than what actually “happens” in the tangible world. This reference I am making should not be interpreted as a personal attempt to claim that Iñárritu was directly inspired from there, but it might help viewers to unlock a possible meaning to key scenes, including the film’s final sequences.

To open a film with an image or scene effective enough to set the tone for everything that is about to follow is difficult. It’s like when you meet a person: the first impression normally matters more to us, even if this shouldn’t necessarily be. I first saw the casting choice as more of a distractor from the film’s unusual tone than as a sense of emotion because of seeing popular faces working together in an anti-Hollywood film made in Hollywood with Hollywood actresses and actors. As the film progressed, I perceived the particular choice of cinematography as a capricious technical exercise that Iñárritu always wanted to make, like a kid that waited months before purchasing his brand new PS4. I don’t condemn that choice, it is simply irrelevant. The purposes of the film could have been achieved similarly with different means, and there is nothing in the story that justifies its style, but again, it is not condemnable. It is a plus, and one that requires recognition for its effort. It was capricious like Hitchcock’s Rope (1948), just to see what could happen.

Transitions were awkward, making this “single tracking shot” style sometimes forced, a feat that could have caused Aleksandr Sokurov to double-facepalm himself in the theater and hit the guy sitting next to him with his elbow repeatedly, saying: “What is this nonsense, lol”. But there was one single thing, besides digitalized eye-candy, that this style achieved within the purposes of the story. Some transitions were actually very intriguing, and were able to combine memories with the present in mere seconds. This allowed illusions and reality to constitute the same sense of “reality” in Riggan’s mind. There was an uncertainty regarding the credibility we were supposed to apply to all scenes. After all, this is the first time that Emma Stone did look as an ugly spoiled whorish junkie with that cool wide-lense effect that hilariously enhanced her physiognomy horizontally.

Another thing that is appreciated about ”Birdman: Or (The Unexpected Virtue of Ignorance)” is its dark-comedy approach. Unconventional for Iñárritu’s standards, it actually managed the incredible achievement of making me find Michael Keaton watchable. It was a role made for him, not like Beetlejuice was, not but not that far either. His depressed face suited the whole parodic Altmanesque environment of the theater and even condemned it.

And the thing that I appreciate the most aligned with its dark comedy strategy is its middle-finger attitude of meta-awareness towards the ending, where it mocks the exploitative expectations of the audience towards the celluloid means as a source of fantasized entertainment rather than that of self-discovery. It even mocks himself, claiming “people[…] love blood. They love action. Not this talky, depressing, philosophical bullshit.” It was like the film was saying “Screw you” to the ones that had disliked the film for no real valid reasons but had been brave enough to stay until the ending.

People had been asking too much time for Iñárritu thinking out of the box and getting out of his reiterative, depressing style of constructing interrelated drama stories. He delivered. Frankly, I was worried that sticking to a style would gradually mine his creative potential. Gladly, it didn’t. So either one of 2 things happened: either he shifted styles just in time, or he is versatile enough all along without mattering the timing of his artistic choices. I am happy for my compatriot.