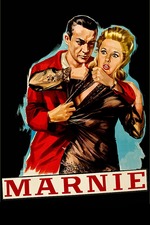 Trauma, I guess along with empathy, has become a bit of a sacred cow in film discourse over the last decade or so and probably longer. This isn't an issue in itself because empathy is sacred and comes naturally from adept storytelling, and so many horrific events: like Thomas Hardy witnessing a public execution, or Lynch's encounter with an ostensible rape victim, or Nobuhiko Obayashi's hometown being obliterated, or Miyazaki's childhood flight to the countryside with his sick mother, or Shigesato Itoi seeing that movie, led to incredible masterpieces in the respective artists' media. It's not that making these pieces affirmed those events specifically, because there is no affirming them, but rather that through the sublimating process of art we can affirm the trauma that is endemic to life in general. That's what sublimity is anyway, which is to say good art might very well traumatize you.

"Trauma" does become an issue when it's put in quotes like that, divorcing it from the process of life, or making it about the viewer's cathartic empathic experience: its presence within the piece becomes an end in itself. Like Sontag said "Compassion is an unstable emotion. It needs to be translated into action, or it withers." Whether that action results in artistic, political, psychological or spiritual process, it must express somehow in the agent him/herself or there is no healing.

There are of course maladaptive ways to process trauma, like for instance processing other people's trauma. People like to project trauma onto e.g. the Yume Nikki protagonist, but what's interesting about her isn't her perceived "trauma" but her heroic artistic process of rendering life into the dream diary. Ironically video games could be the best medium for this kind of thing because they force you to fight against the engine i.e. life, as opposed to having characters that are more passive victims like Hitchcock often did with his female characters.

Several people on this site whom I respect found plenty to admire in Marnie and their reasons for liking it diverge almost completely so it is at the very least interesting and worth discussing¹²³⁴. To that end I will say anything not mentioned here I consider to be in the film's favor.

The reason I think processing someone else's trauma in art doesn't work is because it's authoritarian, it's explaining someone's experience to them in a way that is patronizing at best and exploitative at worst, like Connery's character here or any bad psychiatrist. It's the difference between helping someone who asked and helping someone who didn't, the latter of course being impossible.

Hitchcock himself was perhaps aware of this on some level, as N. Thompson points out, but that feels undercut by Tippi's relationship with him at the time, as e. rugburn illustrates, which lends the whole thing a bit of a sour flavor, much like Roman Polanski's anti-molestation PSA from the following year: Repulsion, which I know also has ardent fans here. It certainly wasn't helped by the ending, which at best rings false and at worse reads like lampshading abuse, even if love in fact conquers all as Z.M. and Hey Fella argue.

Compare this to say Mysterious Skin which was not only written by someone who shared its characters experience but leaves room for multiplicity in response to said experience, or even Vertigo, which was more personal to Hitchcock. Marnie by comparison feels muddled, and it's only the primogenitor of a genre Lynch, Kon, Aronofsky, Ari Aster and so many other directors would attempt.

Since now even blockbuster DC and Disney villain origin stories are written about the trauma of checks notes having your mother pushed off a cliff by dalmatians and thinking you are Batman's brother, I think it's time we reassess how seriously we actually take this concept, and whether or not it's intrinsically more interesting than Evil, which is always in season. It's not the quality of those films that are in question, only the culture that produced them, which seems to think that trauma is insurmountable, turns you into a psychopath, or, as Marnie either champions or criticizes, that someone else can fix it.

What Roger Ebert called "machines that generate empathy" are now what our Twitterati friends have correctly dubbed "algorithms trying to process trauma," and with the afformentioned scene from Cruella I think it's safe to say we finally reached peak traumasploitation. Where we go from here is for you to decide. Choose your own adventure.