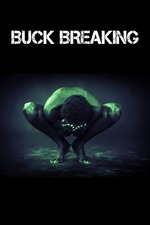 Proudly raising a middle finger to the left, a funhouse mirror to the right, and tossing a gauntlet at the feet of inclusive liberal society as a whole, Buck Breaking is basically regime critique at its most chaotic and entertaining. Blatant projection and phobias aside, the casual viewer must admire Tariq for his unwavering commitment to being as politically incorrect as humanly possible, punching in every conceivable direction, including inwardly by inviting our laughter at the literal DeviantArt he commissioned for this production, and his lightly revised history. Never has a film to my knowledge been so anti-Anglo, anti-Asian, anti-Hispanic, anti-gay, anti-trans, anti-feminist, anti-Christian, anti-xenoestrogen, anti-vax, anti-everything without so much as the veneer of irony, saving its sole defenses for, touchingly, the black nuclear family. Satirists are decades behind this. It's Bronze Age Mindset written from the Hotep down-low as opposed to the barely closeted Nietzschean/Paglian right. It's QAnon for black Twitter. It's Adam Curtis on a $25 DVD. Just don't take it too literally and enjoy the ride.