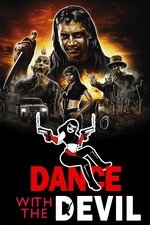 Entitled "Perdita Drurango" on Shudder; this movie is instantly visually stunning; the use of color, the cinematography, the Javier Barden mullet. I was immediately engrossed. The opening titles had me very excited; with a top tier cast who portray wild, maniacal characters- I was ready to love this film. And for the most part, I did....

Then the second hour kicked in. At 90 or so minutes this would be a masterpiece, but it go goes on an on at such a high energy that it becomes exhausting to watch. The story flails and and by the end of the film you've seen too much

Still, the good parts of Dance with the Devil are great, and there are plenty of them. Certainly worth a look, and perhaps a rewatch.

Half star for setting most of the film in and around Tucson.