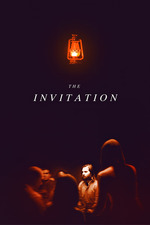 So here's the thing.

Foreshadowing is a powerful storytelling tool if used correctly. It can give you a feeling of unease in a story that conveys a sense of normalcy. Without being able to put your finger on it, you get the sensation something is off, making you feel tense without knowing why.

The Invitation gets this. For about ten minutes. What remains is 60 minutes of foreshadowing with bits of story and character development in between. It lacks any and all subtlety. The main character literally keeps telling everyone something is wrong for two thirds of the film.

We get it. You're leading up to something.

I love slow burn thrillers. I love films that start out normal and slowly unravel and turn into something horrific. When treated correctly and with subtlety films like this can be extremely unsettling and tense.

The Invitation is, for all its good intentions, a drawn out mess. It tries far too hard with a script that just isn't smart enough to reach its potential. It is never tense, never unnerving, we are never involved due to spending time with a group of friends that are annoying twats and when we finally reach that climax it turns out even that is drawn out to such a degree I just didn't give a crap anymore.

There are a handful of scenes that are effective and give is glimpses of what could have been, making it all the more frustrating.

Until the actual ending. Which will only leave you sighing and rolling your eyes.