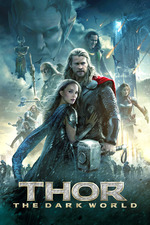 The first half was laughable and boring, the second half was laughable in a different way, but very cool. Enjoyable, although it tries to be way smarter than it is. Better than the first one. A few nice jokes, a few dumb ones, a few unintentionally hilarious moments. It's a superhero movie, alright.