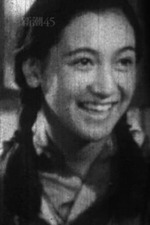 Throwing the Soul Away

Setsuko Hara's earliest surviving film footage, partially missing and a rare find. The great actress debuted at age 15 in Nikkatsu's silent B youth dramas in the summer of 1935, and Throw The Soul was her third picture, basically a 1930s Japanese version of a Disney Channel movie.

Setsuko doesn't have much to do here except smile and look cute, but she displays tremendous screen presence. Her famous smile is already evident, but it's more like the pure delightful expression of innocent teenage joy, rather than the eccentric, wild, intentionally out-of-control smile she would sometimes use as a mask while saying the most incongruous things in her later, more famous films.

An Inn in Tokyo