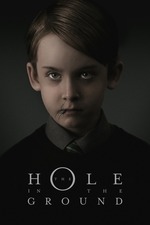 A solid but conventional (by A24 standards) horror film that surpasses most modern horror in regards to technical filmmaking but fails to have a gripping story that I could really invest in. It starts out really strong but the cool and interesting stuff that was happening at the beginning, it just kinda keeps repeating over and over and over again until the third act where things finally change and it’s a good change of pace but it takes us way too long to get there.

This is a short movie but it’s paced poorly with the second act feeling longer and less important than it should be. I didn’t feel that I got anything out of the entire middle section of the film. It was just more of what we’d already seen. The lead performance is good, as is the creepy kid actor. I would not say this is as good as some of A24’s other horror releases like The Witch or It Comes At Night but it’s worth a watch still.

It’s shot very very well though and the score is great. This movie looks beautiful throughout and I’m interested to see if this same team makes another horror movie soon cause the sound design and camera work both added to the suspense of the best moments in the movie and if they just had a better script to work with, I think a masterpiece could result.

On the surface, it’s a creepy story about a child acting unusual and this escalates as the mother’s fear and paranoia skyrockets. Underneath, it’s a really eerie changeling type story with themes of loss, recovery from abuse, existentialism, and conformity. The technical elements of this movie are fantastic and help aid the dreadful and suspenseful tone but the story itself is just a bit vapid at times and hard to connect with.

I’d recommend this one if you don’t mind a slow burn horror that relies more on the atmosphere than a plot driven film. It’s definitely a good film but just not one that I personally got that much out of.