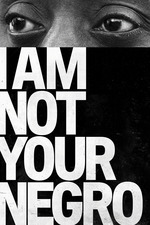 As I write this review, very early morning May 31st, 2020, protests are erupting in what seems to be damn near every major city in the United States. George Floyd has recently become yet another victim of police brutality, as a cop used his knee to crush Floyd's neck for almost 9 whole minutes until he died. Derek Chauvin is a murderer. The other 3 cops who watched it happen are no better. Of course, you'd hardly know that from looking at the response. It took days of protesting for the man to even be arrested, and only on 3rd degree murder charges. Police are convicted at such low rates that it's easy to be skeptical of the idea that he will ever face consequences. The fix is already in: George Floyd's autopsy claims that he wasn't strangled, and he must have just coincidentally died of a heart problem or "potential intoxicants in his system." If you aren't angry at this point, there is something wrong with you. Interrogate what you have become before it's too late.

To my knowledge, what is happening right now is fairly unprecedented. It certainly hasn't happened to this scale in the United States in a very long time anyway, not in my life. I don't want to get involved here on Letterboxd with talking about the details of the protests -- the escalation to "rioting," the disorganized nature of it, etc. This is a community of people who never had an equal chance in this country from the moment they were born, who have had to live with a justified fear of being murdered or turned into a modern day slave at any time for the crime of just existing. The sheer scale of what it is at stake trumps any of your personal judgments about how they express their frustrations, and it's all a distraction from the point. Besides, I'm white. It's not really my place, though I honestly fear the police too because they're horrifyingly militarized in this country, but I don't even know the half of how bad it can get. I can't join the protests, but my girlfriend and I donated what we could afford to a bail fund. I'm not saying this to brag one bit; I mention it because all of us should be doing anything we can to support this. If there was ever a time when just being "not racist" was enough, it is long gone. Be loudly and overtly anti-racist in every way possible. Black people in America will no doubt have a better grasp of all of this than I do, but I want to write this out to do my best in my tiny corner of the internet to amplify the message about the importance of it. And with all this going on, I'm just not feeling in the mood for art that isn't explicitly political right now, though let me just acknowledge what an enormous privilege it is to sit around and view films while people are fighting for their lives.

Which brings us to I Am Not Your Negro, a movie that feels like it was made yesterday, based on writings from roughly the 80s, which also feel written yesterday, in the most depressing way. Any progress has been insufficient and incremental, to say the least. The film works from the writings of James Baldwin, who I must admit I was not familiar with, on an incomplete project he began about the lives and tragic murders of Medgar Evers, Malcolm X, and Martin Luther King, Jr. It's not a straightforward talking heads documentary, instead using Baldwin's words to give snippets of what life during the Civil Rights movement was like, often straying into his own analysis of how it feels to live as a black man in America. There's the overt, obvious racism, but he also illuminates how culture itself is shaped to elevate whiteness. In media, white men are the heroes of the world and white women are the standards of beauty and pure innocence. Black people, after all the injustice they have endured, are only connected to demeaning cultural tropes. There is so much beyond this -- it's clear that Baldwin is a remarkable thinker, constructing such moving arguments. The film itself juxtaposes the Civil Rights era and past lynchings with just how eerily similar the world looks today. It's fucking tragic.

I just want to focus on how, in the end, he makes it clear that black Americans are not responsible for their position here. Ever since this country was formed there have been deep injustices committed against our fellow human beings, and it's not about being a white savior, but we all have to look at our complicity, whether intentional or not, and decide this is absolutely unacceptable. There has never been a single day in which the claim that "all men are created equal" with their "unalienable rights" has actually been the way the United States operates.

In short, this movie is excellent. Every time we interact with art we bring a bit of ourselves and our circumstances, whatever is happening with us. Perhaps I would not give this 5 stars if it wasn't so earthshattering juxtaposed with what's happening outside. I don't know, and I don't consider that a problem. Right now I just want to take a long hard look at how terrible things are and figure out what else can be done to fix them. It's so emotionally draining... but other people live with this every day. I get the privilege of turning it on and off.