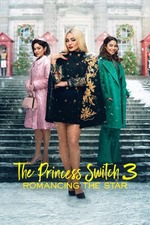 my step-mother and i both become very opinionated and very talkative when we watch movies together, so i present our main thoughts:

- “she reminds me of an off brand crue- stop why does she sound like that, that’s cruella if she were possessed by my 8 year old self who tried to convince her classmates that she developed an accent after her 4 day vacation to quebec”

- “is this like a made up country?” “yea it’s like the princess diaries, you know how they had moldova?” “moldova‘a real, i think that was geneva”

- “is it selfcest if you hook up with someone who looks identical to you” “clare, they’re cousins”

- “i figured it out, it’s the guy who didn’t blip who was all like ‘i want zendaya!’ but then everyone else was like ‘no i want zendaya!’ because it’s zendaya and that’s just what happens in realism”

- “do they not have moisturizer there or something, how can you not feel the difference between a giant pointy star and a basketball”

- “too many mommy issues, not enough lesbians”

in conclusion, i don’t really know what happened but i enjoyed making fun of it. truthfully, i think everyone did the best with the little they were given!