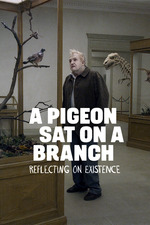 A Pigeon Sat on a Branch Reflecting on…

I used to work in a grocery store deli. Most of the customers would be regulars, coming daily to get the same half-pound portions of meats, cheeses, and salads. As time went on, you began to learn the little quirks for each one; Some were kind, some were funny, some were rude, but most were simply trying to get their food and go. Regardless, I was a part of their routine as much as they were a part of mine, and for as mind-bogglingly pointless as the job felt, for many it was the only excuse they had for any kind of social interaction.

One lady in particular always stood out to me. She always came a couple hours before close, and would browse the self-service section for almost an hour before finally coming to the counter. She was a frail, elderly thing, and always manged to drag whoever was helping her into seemingly endless conversations. She was a widower, her husband having passed a couple months before I began to really notice her presence, and she would always inform us of the little complications that defined her existence. Being that I was a teenager being paid $10 an hour to come in on school nights and attempt to compensate for an insanely understaffed department, I always tried to avoid talking to her as much as possible. If that meant walking into the cooler when she turned her gaze to the counter, or not really responding to what she had to say when I served her, it didn't really matter; as long as I avoided her, I was happy.

One day, I noticed she had stopped coming. How long before I consciously realized, I couldn't tell you. Two weeks? A month? Maybe longer? Regardless, I noticed the absence of her distraction, the figure that used to wander the few cases we had to offer in solitude no longer there. I mentioned it to a couple coworkers, and we all shared a sense of awkward relief; she had been something of a nuisance, after all, and my closing shifts got a lot easier without having to allot an extra 20 minutes to entertain her. Eventually, the absence faded into nothingness, many of the employees that served her had left, and she was all but forgotten at the store.

Every once in a while though, I think of her. I think of how cruel I was, to deny her the connection she so desperately sought. For someone to be so alone, that her only presence in the world was buying egg salad and sliced turkey every night, just so she could spend a couple hours outside the house, and for me to deny her the simple pleasure of a legitimate conversation. Sure, I joked about her being gone, but it's impossible to deny that some small part of me missed it. The building still stands, the music still plays, and the meat is still being served, but a little part of the habit that I had become accustomed to just disappeared one day. I don't know whether I made the right choice in ignoring her or not, or if something bordering on a right choice even exists, and I'm definitely positive that nostalgic regret is about the last thing I should have the right to feel. Still, I can't help but linger on those memories, on the shaky gaze she held, and on the sadness that lied beneath every fiber of her presence.

That's what watching A Pigeon Sat on a Branch Reflecting on Existence is like. It's the feeling of seeing the most intimate aspects of mankind exposed in the most mundane of situations, of seeing the same walls and the same chairs and the same pretense of window dressing make clear the emptiness that it attempts to hide. It contains the joy and sorrow and connection and loneliness of the world, in vignettes of such profound beauty and utter pointlessness that it makes you want to scream and laugh and cry and think and think and think and think. And everything doesn't necessarily resolve as one would hope, and so much of what happens has neither an explanation nor a real clear purpose, and some of it is just plain boring.

It's doing a pointless job for an embarrassingly small amount of money so you can pretend to care about an old lady you want nothing more than to pity and ignore, only to discover that you miss her because she wanted just as much out of it all as you did. And that soul, one that was for all intents and purposes snuffed out, is one of countless others who you pass every day, in those same pointless buildings so you can do your same pointless job, as you connect and ignore and disappear from the presence of so many other souls.

I'm not sure how I feel about it, but I know I feel something about it.

The Naked Gun: From the Files of Police…