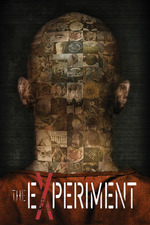 The Experiment is a captivating psychological thriller, loosely based on a real life event. A group of men are enlisted for an experiment in which half the men are “prisoners” while the other half become the “guards”. As the power soon goes to the “guards” head's, events begin spiral out of control and ultimately leads to physical violence.

Adrien Brody is the lead prisoner and Forest Whitaker takes the lead as a unbalanced guard. I have to say seriously man, Forest Whitaker just makes his presence known in every role he does, I often wonder what he is like in real life, as the character he plays just gross me out so much and make me feel icky. I guess that’s the sign of a excellent actor if they can make the audience feel something.