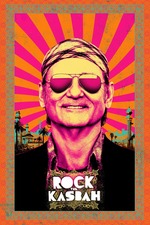 As a fan of Bill Murray, I'd be lying if I said this wasn't sort of depressing, although there are a few moments (the bit after he gets shot, for instance) that suggest why he took the project. I'd think perhaps the problem was me, as he's playing the sort of character that was much more typical of his work 25-30 years ago here than his recent roles, but the supporting meat of the story is filled with so many other subplots and secondary characters that just kind of drift around going nowhere that It's hard to buy a defense that I and/or Mr. Murray have just grown out of this. One thing the movie DID accomplish: I'm not a big Zooey Deschanel fan, but the film achieved the rare feat of making me feel sorry for her character.