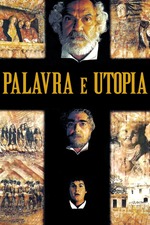 A film that makes you wonder about Oliveira during this time. It feels like a contract, laziness by a director content with the shadow that previous greater works cast on the present. No wonder then that around this time in 2002 in Italy, in a call for polemics by defense, Jean-Marie Straub name dropped Oliveira along with other directors when he condemned film critics for their syncretism and for not demolishing and pitting the films of Straub-Huillet, Rivette, Sokurov, Tarantino and Lynch against each other.

"It's all the same now. It is like a disease. They (Cahiers) had the courage to sow polemics and make war, not to attack people, but to defend... for example the films of Cocteau against the films of Delannoy or the films of Bresson against those of Louis Malle or Roger Vadim or Delannoy. That is what was important." - Straub