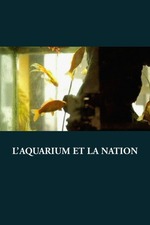 Straub's materialism surfaces again, he uses texts from Malraux and an extract from La Marseillaise (1938) to take part in what has been called remix culture. But there is no redundancy here, there is only amplified meaning.

It is not easy for a fish to see its own aquarium, just like it is not easy for countrymen to see their nation's wrongdoings when nationhood is treated like a religion. The blind man who still has the grace of seeing says unhealthy rumors ooze from the walls, which in the context of La Marseillaise suggests that the liberators are becoming tyrants.

In other words, love your country by criticizing it.