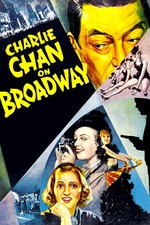 By this film Warner Oland's problems were getting worse due to his drinking. His wife had left him and he was living with a friend. He often had to do multiple takes just to get one line correct. The filmmakers had increasingly given more time to other actors to lessen the burden on Oland. In particular, Keye Luke was getting more time as he had struck a chord with the audience of this young, smiling, energetic Chinese man actually being played by a young, energetic Chinese man. His warm and affectionate relationship with his father, Charlie Chan, was one of the strengths of the series ever since he showed up in Charlie Chan in Paris as Charlie throws one bit of wisdom after another at his son. This reflected their off screen relationship in which the two had become very good friends and spent time together. The films were still quite popular and profitable and Oland was a star. Luke says they could not go anywhere without fans surrounding them and that Oland loved the attention - but he could not stay away from the bottle and hid them from a nurse the studio appointed to keep him from drinking.

The Chan's are travelling again. Back from the 1936 Berlin Olympics we assume where the son won a medal for swimming. For a Honolulu police detective Charlie doesn't spend much time at home. This was just a device the studio used to keep the films varied - not that any of them were actually shot anywhere but in Hollywood. They are coming from Europe on a liner when they meet a woman stuck in her bathroom and screaming for help. She turns out to be Billie Bronson (Louise Henry), a mob moll with a diary full of secrets coming back from exile in Europe ready to sell it for cash. She may as well have victim stamped on her forehead and sure enough she is murdered at the Hottentot Club on Camera Night, when the patrons can bring their camera and take photos of all the dancers - so we get the unseemly sight of men in tuxedoes down on the floor trying to shoot up the dancers skirts. The Chans are on the scene along with a loudmouthed fast talking NYC cop played by Harold Huber.

A few other actors from past Chan films are in it as well - Joan Woodbury dances in the club as she had in Charlie Chan in Shanghai, the Japanese actress Toshia Mori is back after being the Human Pretzel in Charlie Chan at the Circus, Donald Woods had been in the lost Chan film, Charlie Chan's Courage and played Perry Mason this same year and a few other B villains - Leon Ames, Marc Lawrence and tough guy Doulas Fowley. Like most of these Chan mysteries there is a busload of suspects and everyone of them looks guilty except the one who did it.

The Triumph of Sherlock Holmes