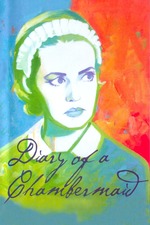 A relatively unsung Bunuel. (Renoir did a version, as well.) Jeanne Moreau is the coy chambermaid and Georges Géret plays the fascist child-rapist/murderer. The film's most intriguing question is to what extent they understand each other, even if we never believe that they are "the same" (as the killer believes). After all, Celestine comes back to get justice for la petite Claire. Michel Piccoli is the sexually frustrated bourgeois man of the house. David Thomson believes it's "too easy" to call Bunuel's films "black comedies": "How much more useful to see that, as with Renoir, Bunuel allows himself no villains, no unflawed heroes, but claims that everyone is on a level—as witness the austere distance that his camera keeps—similarly engaged to address fantasy and reality." (That was Jean-Claude Carrière, Bunuel's usual co-writer, as the cleric.)