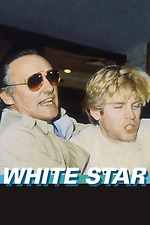 While the locations and styles of the film in retrospect look pretty awesome, the real reason to see the movie is for Hopper's monstrous central performance. Acting through a perpetual flop sweat and given the space to ramble incoherently at length on subjects that seem to have no bearing on the narrative, it's a presumably drug-addled tour de force of Cassavetian fervor that completely convinces as a portrait of a man circling the drain. David Hess, from Wes Craven's Last House on the Left, has a supporting part as Hopper's muscle.