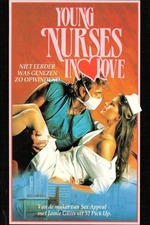 Like his SEX APPEAL (made the year before), this raunchy comedy from Chuck Vincent's post-hardcore period is a lot like his hardcore comedies but without the unsimulated sex. The jokes are broad, corny, and good-natured in Vincent's distinct neo-vaudeville way, and the filmmaking displays such imagination that it transcends its low budget. (Was Vincent the Edgar G. Ulmer of porn?) The director and his regular cinematographer Larry Revene execute lots of nifty tracking shots on the few sets they have to work with, and the production design contains lots of cute visual gags. Then there's the infectious goodwill Vincent displays towards his actors, many of them veterans of hardcore films and visibly delighted to be working outside of that genre. Everyone seems to be having a good time hamming it up.

The farcical plot hinges on a Soviet spy smuggling frozen sperm out of a New York hospital, though there are numerous comic subplots, most of them allowing for lots of cheesy innuendo. Vincent has good fun juggling the complications, often shifting from one to another in the same unbroken shot.