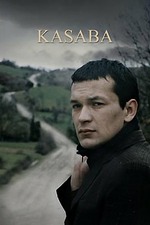 Much global art cinema of the past two or three decades feels like it's been made in response to the aesthetic of most Hollywood cinema, which has unfairly dominated screens all over the world and which generally relies on spectators to be passive, unquestioning consumers. I feel this in something as simple as the common practice of arthouse directors to linger on shots for two or three times as long as most Hollywood directors would (thereby encouraging reflection or critical reading of the image); but it also comes through in elliptical narrative structures and the use of non-professional actors.

Ironically, I found myself watching Nuri Bilge Ceylan's dyed-in-the-wool art film THE SMALL TOWN in a kind of passive appreciation of the director-cinematographer's aesthetic sensibility. I didn't actively engage with the film because I was familiar with the devices Ceylan was employing—I didn't find them as challenging as I may have, say, 10 or 15 years ago. (Also, it was a Monday, and I was tired after a day of teaching.) THE SMALL TOWN is a very pretty, even soothing film. Each shot feels imbued with a love for authentic, rugged faces and the natural world, and the compositions have loose, yet perceptive quality that speaks to Ceylan's background as a still photographer. The situations, which rarely carry a sense of dramatic consequence, have a pleasant, folksy quality as well.

With the film's year-in-the-life structure, Ceylan introduces his thematic fixation with the life cycle, which would bear fruit in his great films of the 2010s. (Now that I think about it, there's something kind of Chagall-like about Ceylan's art.) That's also when his work became genuinely philosophical and, to my mind, worthier of the engagement that contemporary art cinema requests.

The Salt of Tears