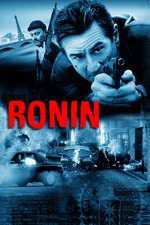 When I last watched this about 20 years ago, I failed to recognize just how much this is the work of David Mamet. Every scene proceeds like one of those acting exercises he's so fond of writing: the characters have next to no backstory, there are few colorful details, the drama is a succession of simple conflicting wants. That the behavior in RONIN seems relatably human is a credit to John Frankenheimer and the cast. Had the script been made into a detached, Melvillian thriller with less charismatic actors, it would probably feel like a theoretical, almost Robbe-Grillet kind of thing.

It's a surprisingly warm movie; the practical effects have a certain handmade quality. Frankenheimer's direction exudes giddiness about filmmaking in a way that suggests Brian De Palma but without De Palma's humor. It also suggests, for better and for worse, a child's wonder at watching a complicated machine in operation.

The Night of the Iguana