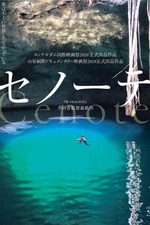 I liked this more on second viewing; it seemed less like a collection of impressions and more like a structured essay. The film proceeds as a journey into death, a shaking-off of earthly concerns. You feel lighter when it's over.

I recommended CENOTE to a friend who's the most knowledgeable person I know on experimental film, and he didn't care for it. He found it superficial, calling it "a film around a subject rather than a film about a subject" and comparing it unfavorably with the films of Harvard's Sensory Ethnography Lab. I run hot and cold on the SEL films myself, but I think Kaori Oda is up to something different. The film isn't ethnography but an exchange between Oda and the people of the northern Yucatan, both of whom come with different ideas and traditions with regards to death.